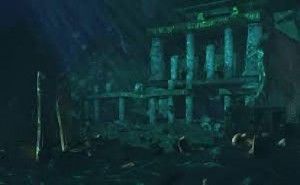 Around 350 BC, Plato wrote about a beautiful island in the Atlantic Ocean that went under the ocean waves in one day and one night. It took two books to describe the history and details of this almost magical island. For years people have been looking for this mysterious lost city, Atlantis 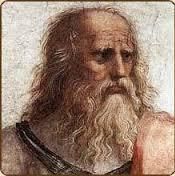 TO LIVE IN THE ATLANTIS

Plato describes the Atlantians as great engineers and architects. There were palaces, harbors, temples and docks. The capital city was built on a hill and surrounded by  rings of water, which were joined by tunnels large enough for a ship to sail through. A huge canal connected the outer rings of water to the ocean 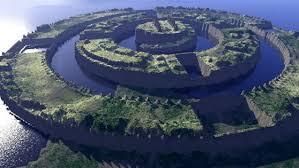 On the outskirts of the capital city there were huge fields where farmers grew the city’s food. Past the field there were mountains where wealthy villagers lived. Plato goes great detail about the amazing buildings – complete with hot and cold fountains, shared dining halls and stone walls covered with precious metals. 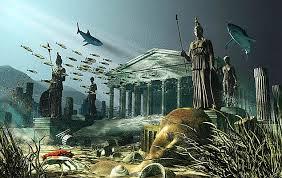 The most believable theory about Atlantis came from the Greek archaeologist Angelos Galanopoulos in the late ’60s. He theorized that around 1500 BCE, a massive eruption from a volcano ripped apart the island of Santorini in the Mediterranean and probably wiped out most of the civilization on the Greek islands and regions of Greece. Angelos suggested this disaster is the one that sank Atlantis. If this is so, then he must have his dates wrong – or does he? He reasons that when the story was being translated, the Egyptian  symbol for 100 (a coiled rope) was mistaken for the symbol for 1000 (a lotus flower). This changes the date from 9000 years ago to 900 years ago. The only thing wrong with this explanation is that Plato specifically said the city was near the Pillars of Hercules, which are thought to be nowhere near Greece. 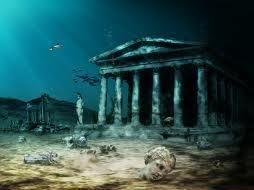 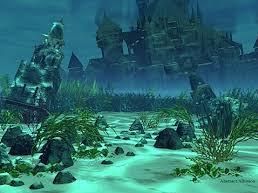 Where could Atlantis be ?
The exact location of the lost city of Atlantis has been questioned by many people, like British Royal Air Force photo interpreter J.M. Allen. He is convinced Atlantis is in Altiplano, near the Andes Mountains, in Bolivia. The famous psychic channeler Edgar Cayce believed the remains would be found off the coast of Florida near Bimini Island. Other people think it’s lost somewhere in Central America, the China Sea or Africa. Others believe that Atlantis is nothing more than a myth. 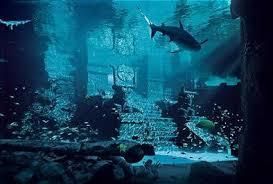